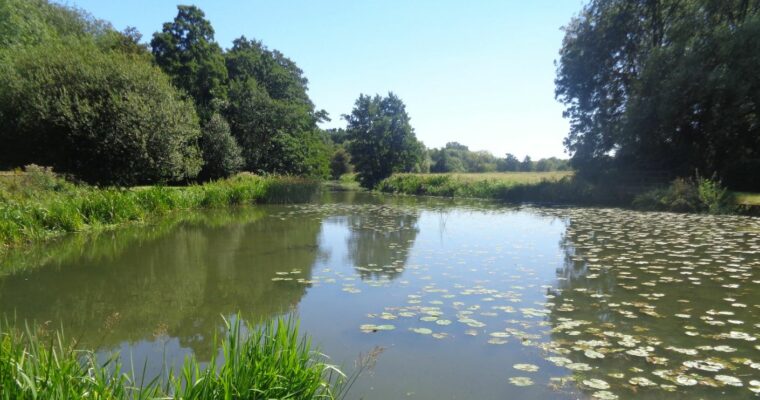 The Kent Nature Partnership held their annual joint meeting of the Board and Management Working Group at Sevenoaks Wildlife Reserve on Friday 20th May.

On the theme of “freshwater and marine environments” the group were treated to three brilliant presentations from the South East Rivers Trust, Environment Agency and the Kent and Essex Inshore Fisheries and Conservation Authority, followed by an informative site visit around the Kent Wildlife Trust reserve.

Dr Chris Gardner, Catchment Manager for South East Rivers Trust, talked about chalk streams, a priority KNP Biodiversity Strategy habitat. Also a globally rare habitat, there are only about 250 chalk streams in the world, and most of them in England. Fed by groundwater, the special characteristics of chalk streams, make them exceptional environments, rich in aquatic ecology that has evolved to specifically thrive in chalk streams. Chris described the work South East Rivers Trust are doing to map and restore this rare habitat in Kent and Medway. This includes techniques ranging from weir removal and installing silt traps to introducing gravel and narrowing channels. 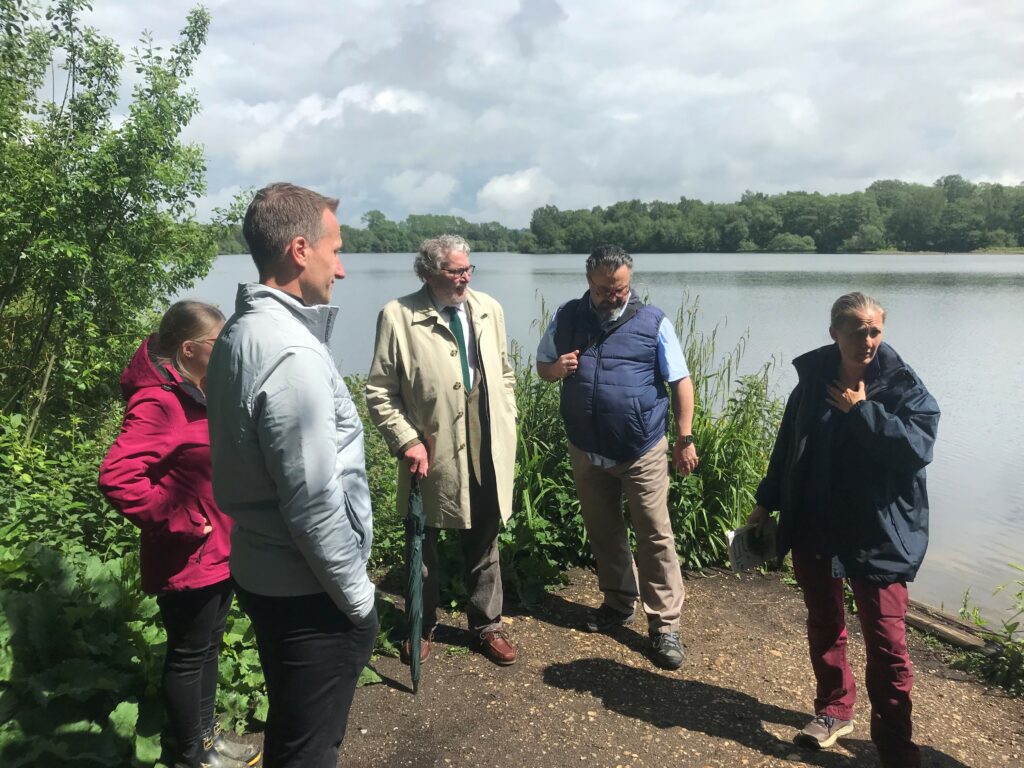 Tom Cook from the Environment Agency described the importance of the 10-metre riparian zone which runs from the top of riverbanks. These areas naturally flood, directly influencing the hydrological, geomorphological, and biological functions and processes within the river channel. The Environment Agency has an ambition to achieve at least 20% net gain for developments in its capital programme, which will help biodiversity flourish in both the riparian zone and river channels. Tom described their Rivers Metric tool which will be used to make these net gain calculations.

For the Kent and Essex Inshore Fisheries and Conservation Authority, Dr Will Wright described how the organisation originally set up as a Sea Fisheries Committee in 1890 is now using both its boats and the latest technology to manage levels of fishing and to survey Marine Protected Areas. As well as the offshore areas, Will highlighted the importance of intertidal habitats, particularly saltmarsh, vital for fish feeding and spawning. The Medway Nursery Area is the UK’s largest no-take zone, and this 2016 bylaw is enabling a recovery of bass stocks and ensuring the protection of a range of species with the Medway Marine Conservation Zone.

Discussion focused on how these initiatives are helping to deliver KNP Kent Biodiversity Strategy objectives on marine and freshwater and what further role for KNP might take. The forthcoming Local Nature Recovery Strategy was highlighted as an area where KNP can help to ensure that these environments are given proper consideration as part of the Nature Recovery Network under the Environment Act 2021.

Following the meeting the group were led around part of Sevenoaks Wildlife Reserve by Kent Wildlife Trust Area Manager Alison Ruyter. This 73-hectare site, which comprises lakes, ponds, and sections of the clear chalk river Darent, was particularly relevant to the theme of the day.

Alison described the pioneering work of Jeffery Harrison who in the 1960’s and 70’s constructed much of the site from gravel pits, deploying some truly original nature conservation techniques which established the wildlife rich reserve, which the Kent Wildlife Trust continue to manage.

The KNP would like to thank all those mentioned and those behind the scenes who helped deliver an excellent event, which will strongly inform the work of the partnership in these areas.

Back to all blog articles

Update from the KNP coordinator

It’s been a busy start to 2022, with the appointment of our…